Meet our team of dedicated and caring professionals committed to bringing you leading fertility services in the Eugene/Springfield area while also ensuring that you receive the undivided attention and support you deserve.

Dr. Austin and his team are highly regarded as being advocates to their patients with their vast knowledge in the field and keen understanding of their patients needs. 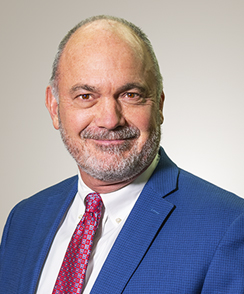 Dr. Austin earned his medical degree at Albert Einstein College of Medicine in New York. He completed his residency in Obstetrics and Gynecology and a fellowship in reproductive endocrinology and fertility at Harvard University in 1997. Dr. Austin enjoys the outdoors and spending time with his wife, Teresa, and their son, Oliver. Michelle has been a registered nurse since graduating from Emory University in 2011 and completed her master’s degree in nurse-midwifery in 2016 from Frontier Nursing University. She also has a bachelor’s degree from Portland State University in Community Health Education. She is passionate about public health and being an enthusiastic, compassionate educator while in a clinical setting. Other special interests of hers include mental and behavioral health as well as supporting clients to take an active role in their health care. When she is not working, Michelle enjoys traveling and hiking with friends and family, cooking and yoga. Michelle is eager to see new patients, call to set up an appointment. Camille moved to Eugene from Boston, and has been a Women’s Health Nurse Practitioner since 2007. She’s bilingual — fluent in both English and Spanish — and is an avid bicyclist and hiker

She’s worked in both academic medical centers as well as community health centers and says, “I have always thought of my job as a mission – it’s much more than a job, it’s a passion. It’s something I care deeply about, to provide care and emotional support to women in all stages of their reproductive life.” Matt is the Center’s Embryologist and Andrologist. He earned his Bachelor’s Degree in Clinical Laboratory Science from Oregon Health and Science University in 2001. Matt has been with The Fertility Center of Oregon since 2004. When not working, he enjoys spending time with his wife, Tamra, son, Landon and daughter, Gracyn.

Bachelor of Science
Oregon Health and Science University,
Portland, OR, 2001 Sharon earned an associate’s degree in nursing from Lane Community College in Oregon, in 2002. She worked in labor and delivery at McKenzie Willamette Medical Center in Springfield, Oregon, until assuming the IVF Coordinator Position at The Fertility Center of Oregon in 2006. When not working, Sharon enjoys hiking, reading and spending time with her husband and three children and her new granddaughter.

We can’t begin to thank you for the gift of our son–your kindness, skill and support, all those years, made it possible. Our son is a joy already. He is a thinker, is very sincere, and definitely keeps mom and dad on our toes!

We are so grateful for your service and kindness towards us while we were your patients. Your gentle manner and reassurance were exactly what we needed through the process. We wanted to share with you our exciting news that we are having a boy!

I love taking this time to show you how much joy you’ve brought into our lives. I think of your so often that, if ears actually burned when people spoke of you, yours would have fallen off years ago. You are forever a part of our family. Thank you!